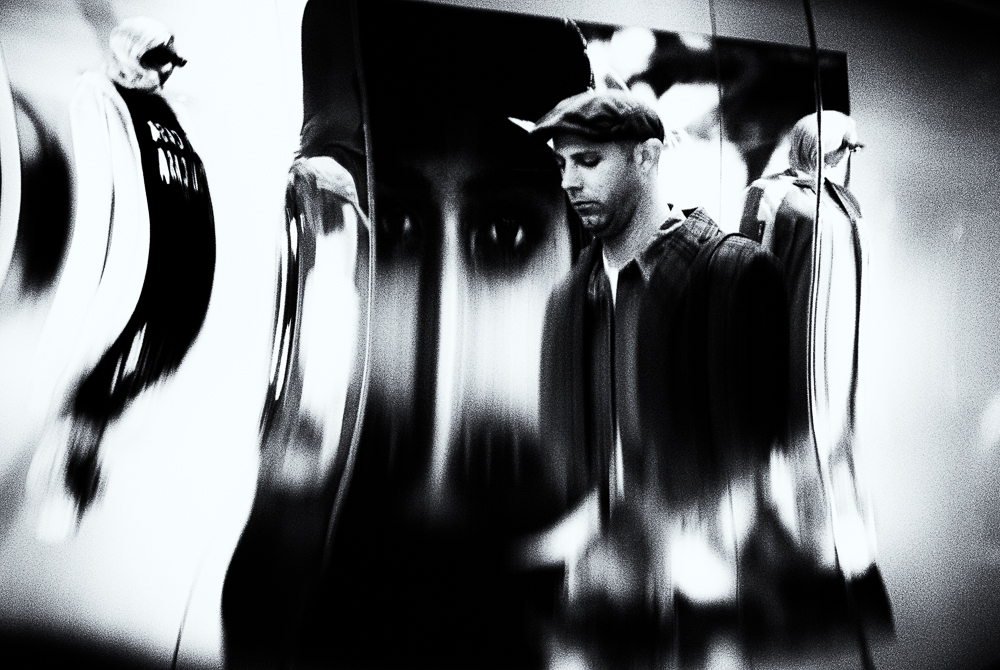 The photographs presented here are from an experimental project that started by accident on February 1st 2015. Following our usual bout of intense discussions over coffee, I was photographing in Liverpool city centre with other members of f50 when I took the image above.

Like Alice’s looking glass, this image tumbled me into a place with a very different way of seeing things.  I began looking to make photographs on the street that weren’t just visually interesting but seemed to have a deeper psychological impact. This impact resulted from incorporating an element of fantasy, strangeness, or dark overtones. There was something about these photographs that seemed to cut through immediate mundane reality.

The apparent strangeness of the subject juxtaposed against the everyday context of the street was intended to give the photographs a surreal quality. This idea of juxtaposition had been included in the 1924 ‘Surrealist Manifesto’ published by André Breton (from a 1918 essay by Pierred Reverdy).

You can see the early results here in a set I called “Surrealism on the Streets”.

From this early stage, the project evolved into a focus on shop windows. These images again juxtaposed visual elements but in ways that suggested some other reality. The intention was more about narrative. Rather than asking ‘What is this about?’ these images ask ‘What is going on?’.

I haven’t processed many of these images or tried to create a sequence from them. Some of them strike me as interesting but they feel too tentative and transitional. Here are two examples.

In the first few months of 2016 the project has entered a third stage involving images of distortions reflected in a looking glass.  I’ve been more concerned with the graphic and abstract qualities of these images. Their candid nature and the distortions achieve the desired psychological effect. These images explore a distorted reality against a background of fantasy (shop window displays).

The gallery below shows some results so far.

There is an unintentional link to the initial Humpty Dumpty image above (the physical distortions echo the depiction of Lewis Carroll’s characters on screen and in print).

This project has, so far, been an attempt to develop a different (personalised) way of photographing on the street.  It has combined traditional elements of “street” photography (candidness/street locations) with my interests in the formal design of photographs, conceptual photography, and emotional/psychological elements.

I’m always more interested in images that go beyond prettiness and obvious emotions. This experimental work feels transitional and I’m not sure where it’s leading. However, it does feel like growth and I’m happy with that. 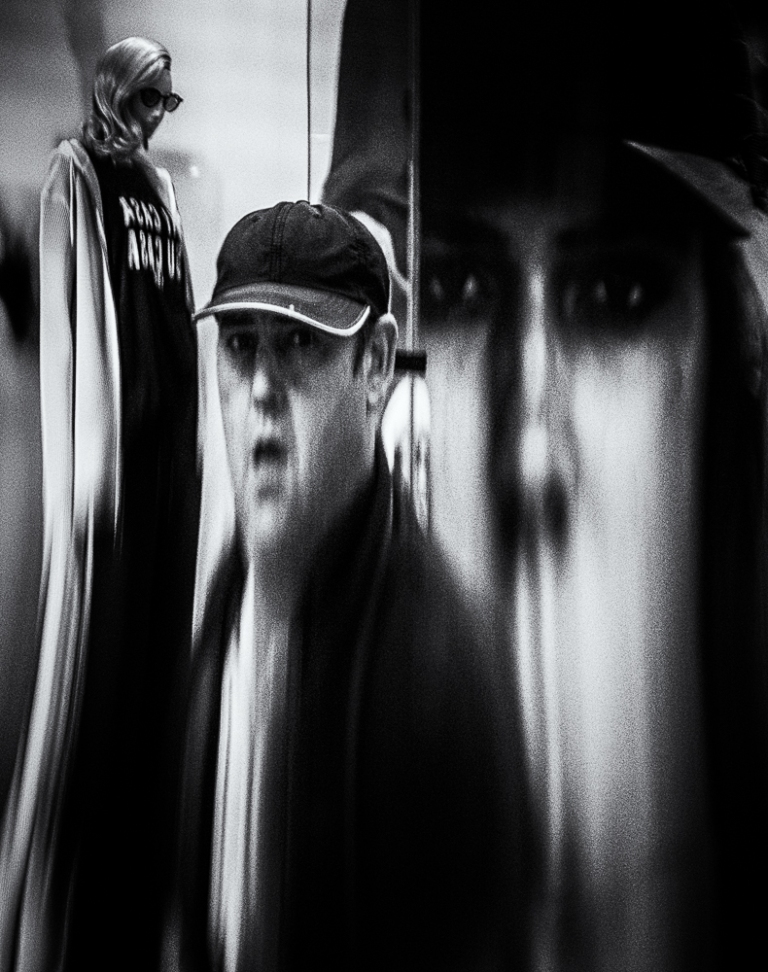 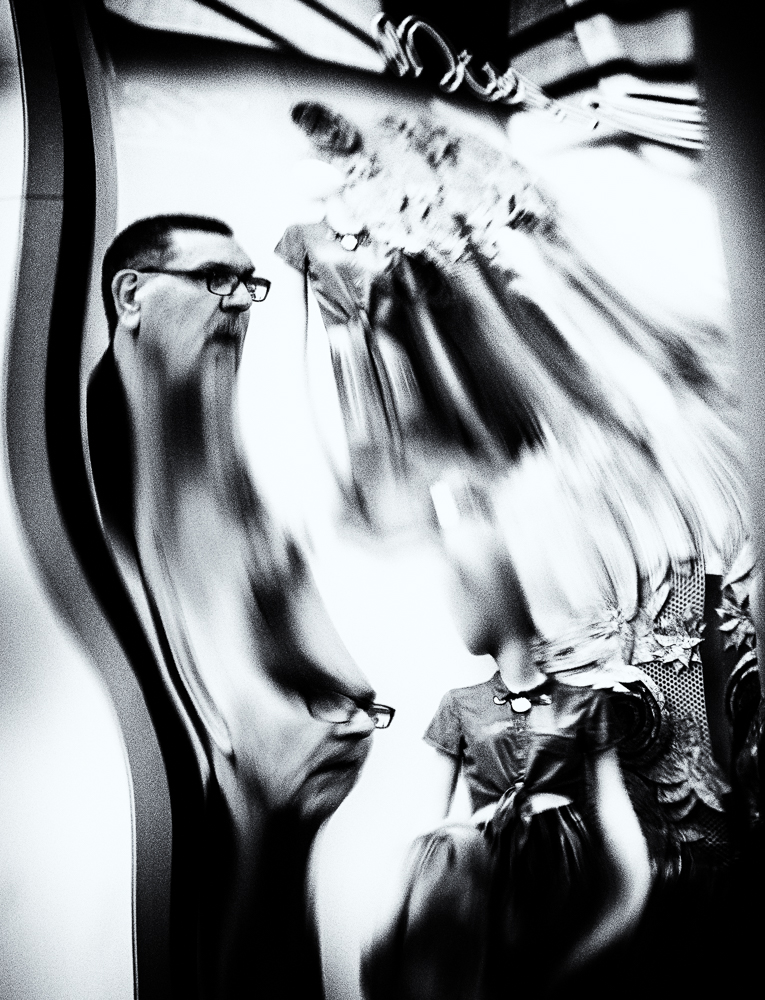 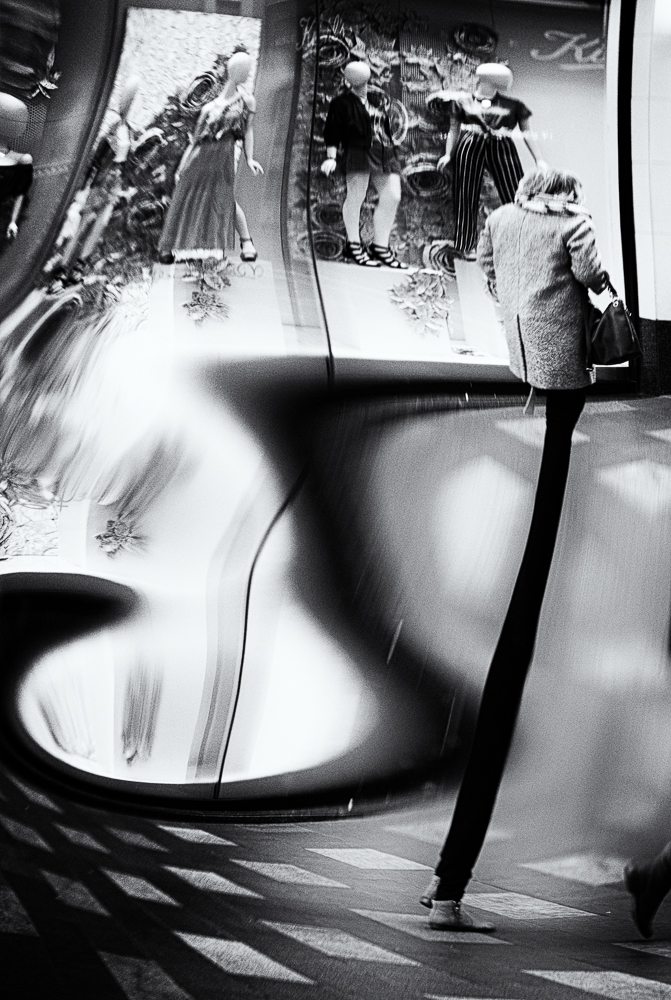 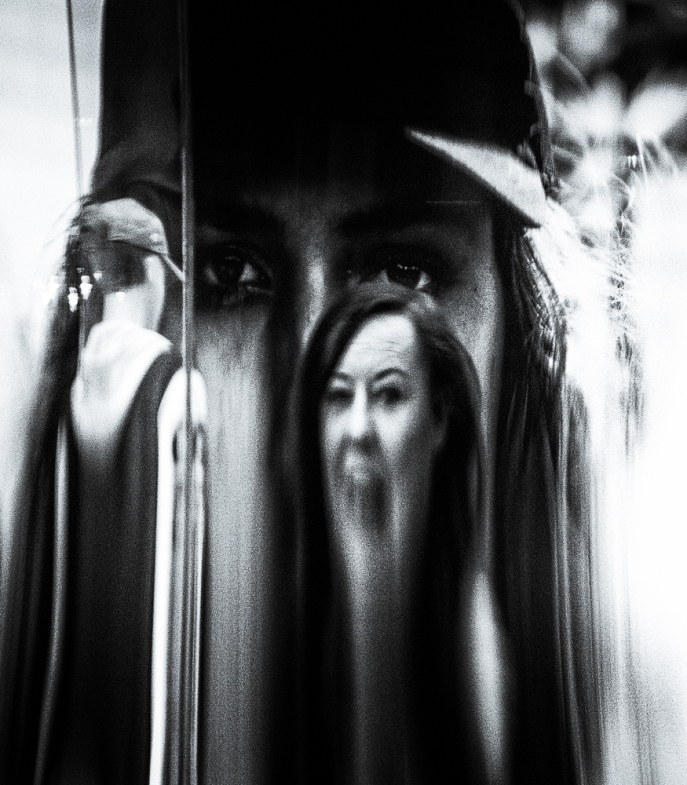