In the course of a well planned photo expedition it’s often the chance events that prove most memorable. This was the case when me and my good friend Colin were shooting in Saigon in July 2014. We’d been enjoying a productive couple of days in District 1 when on a whim we decided to travel to the Cho Lon district of the city for a change of scene. This is a 40 min journey by taxi. It turned into a three day adventure we will never forget.

Cho Lon straddles Districts 5 and 6 and is the city’s chinatown.  Until 1936 Cho Lon was an independent city but was swallowed by the Saigon conurbation. Cho Lon actually means ‘big market’ and is home to Vietnam’s largest market called Cho Bin Tay. This is a wholesale market and so devoid of tourists.

It was in Cho Lon that Eddie Adams took his famous image of police chief Nguyễn Ngọc Loan reluctantly executing Nguyễn Văn Lém on February 1, 1968. That image is rightly viewed as the most important single photograph taken during the Vietnam War in terms of impact on public opinion. 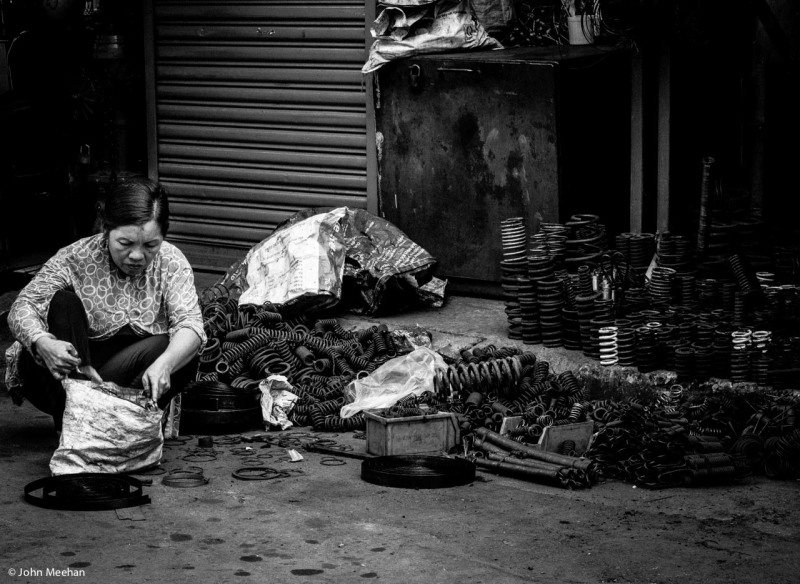 Our particular adventure involved two days photographing in a single street crammed with workshops cutting and selling steel, nuts, bolts and springs. The street is (I believe) referred to as ‘metal street’ locally but is officially Ha Ton Quyen street.

The workers wielding oxyacetylene torches were male and female. No visible gender discrimination here. The same was true of the stores selling components. The work, dirt and danger are equally shared.

Tourists are few in Cho Lon; photographers even fewer. There was genuine consternation on the workers faces as we plied our way up and down the street absorbed in capturing the scene. More than once we found ourselves the subjects of their phone cameras. They were at a loss to understand why we wanted to photograph their work. 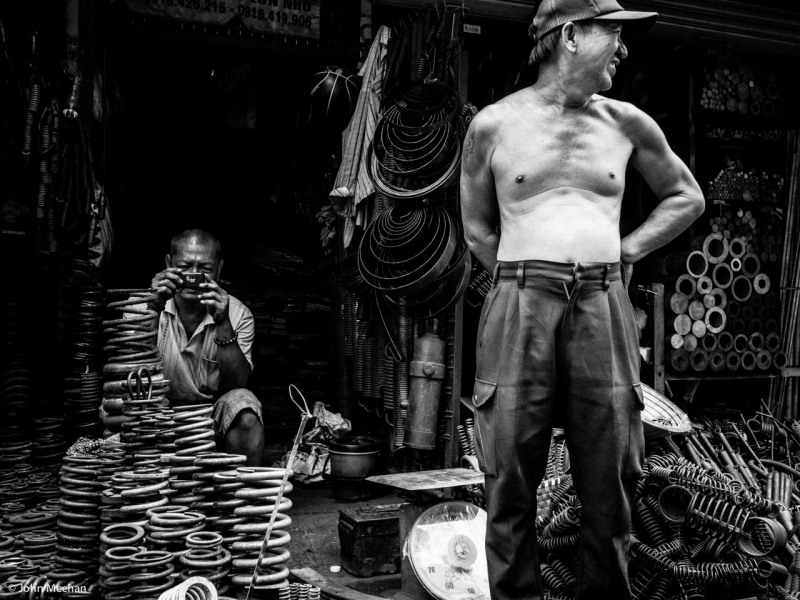 Cho Lon has a reputation for being a tough area historically and has proved stubbornly independent over many centuries. Needless to say, we found the steel workers friendly and generous (typical Vietnamese people).

When we went back early on the third day, the street was nowhere to be found. We searched, retraced our steps and asked any number of locals for directions, but to no avail. Had it not been for the evidence on our memory cards we might have imagined the whole thing.

Here is the evidence just for the record. 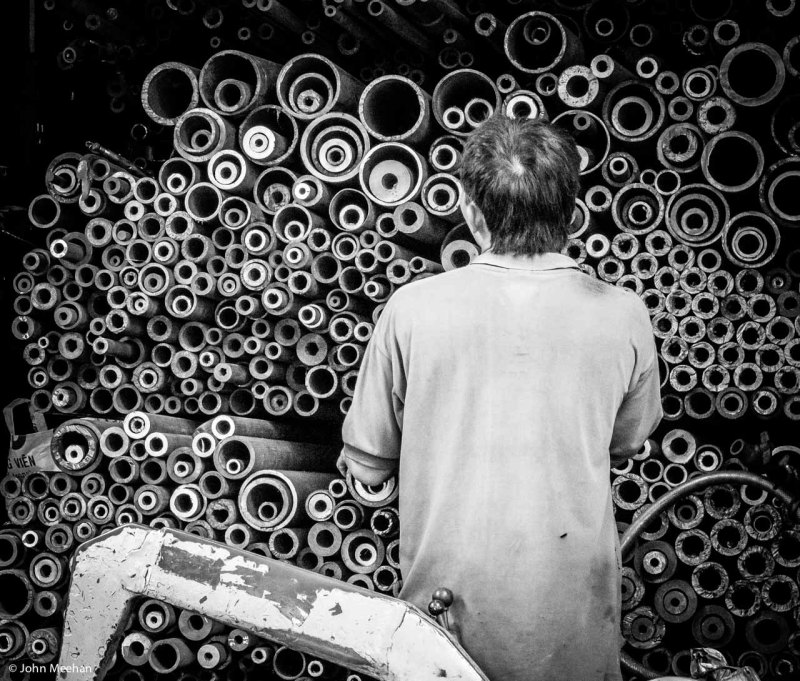 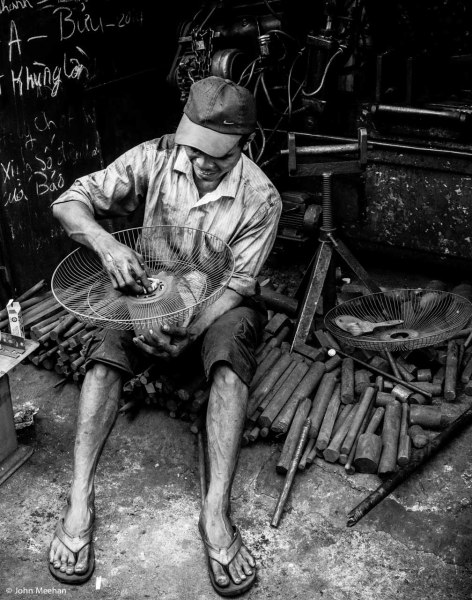