I have spent most of my life photographing people, from weddings to events, even some time shooting in nightclubs. The majority of the time this has been for clients  but occasionally for myself.

Most of the time at an event I ask to take a persons photo in one way or another, nearly every time my subjects are happy to give me the nod and say yes.

My Street photography has always been the opposite to my event work, I don’t ask and don’t want to be seen, because I don’t want to change the dynamic in the scene. I used to shoot Street portraits asking everyone for a portrait, just as I did at any event, but I found myself cringing at every image.

The image above was shot at Africa Oye in Liverpool, this image was one of very first images at an event where I started to use my Street style and try to capture those moments without being seen. This image was shot on quite a long lens,  back in the days I used a DSLR, so this guy did not have a clue I was taking the shot.  It was quite hard for me to use this style at an event because I like to engage with people and get their details or give them a business card, so making this change was quite a struggle with a DSLR and long zoom.

The image below was shot on a 300mm lens at the same event and is a perfect example of how disconnected it can all become.

I shot this guy but was annoyed with myself for weeks after the event, because  I had not spoken to him and got his details ! But a year later at Africa Oye 2014 we met up and this gave me the opportunity to give him a Print and find out more about him. His name is Dominic C Valerie and he is a local artist, a real nice guy, he was very happy with the print and also thanked me so much for shooting him in a candid way and not asking him to pose like so many people have have done in the past.  This was the second time over the last few months I had been told by my subjects that they prefer to be shot in a more candid way  !  I was on a photo walk a few weeks back and I asked this guy for a portrait and he said no, he said I don’t like posing for portraits and he then made me laugh, he told me he had seen my work and then told me I should have just shot him and not asked for the portrait, he said he would not have minded. 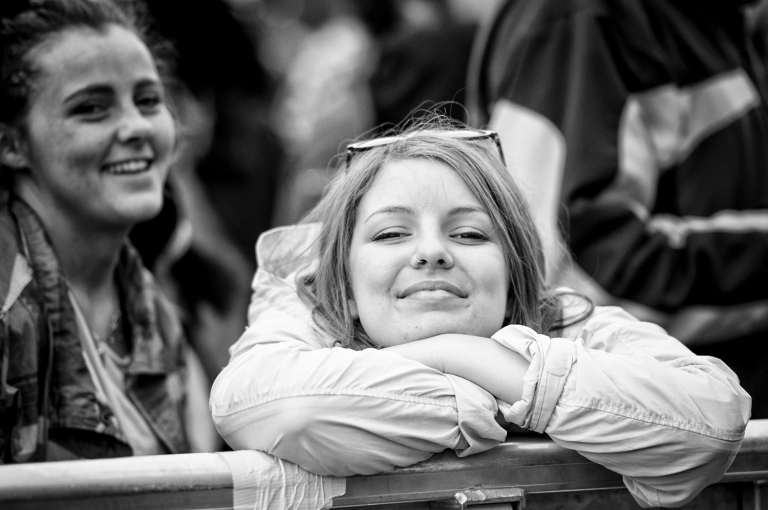 I love to shoot candid, but you get quite a few negative comments on the internet about candid shooting. The image above is proof it’s just not the way people try to portray candid shooting as a sneaky weird form of photography.

I shot this image also at Africa Oye in Liverpool and after I shot the image the girl asked me for a business card. I gave her a card and she contacted me the following week, turns out she is from Australia after a few conversations we became social media friends and her mum has even purchased my book. She is back in Australia now and in possession of a few prints and a book.

The following few images are the way I prefer to shoot Street. 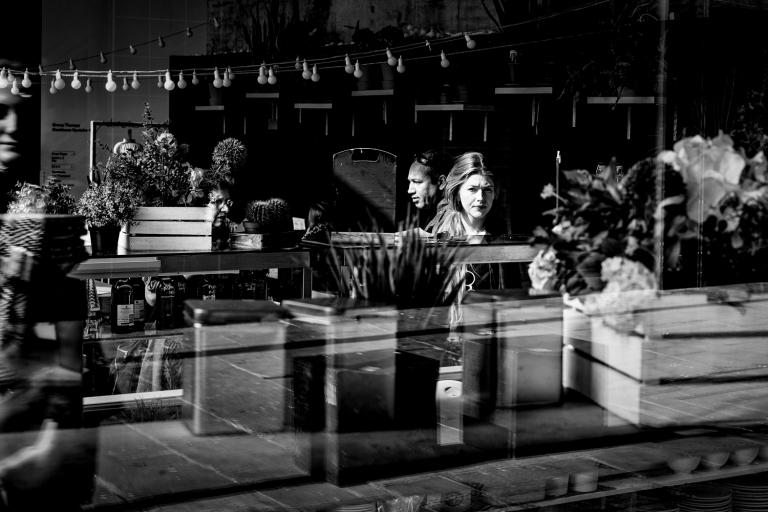 So I am going to stick to my candid Street style and shoot the world the way I see it, without interrupting or changing peoples days or asking for a portrait, but I will always be on the lookout for that smile when I get caught.

I always get asked what happens when you get caught shooting candid Street or events, the answer is I smile and when I smile the subjects smile back.

The following set of images show what happened when I shot a couple having an argument at Liverpool International Music Festival in 2015, when you smile its quite infectious !

One life, Capture it …

I am a Retired Professional photographer and Brand Ambassador. I have always been passionate about photography projects and more so the final image. I retired early due to a Stroke, my stroke has made me see the world in a brand new way and I hope to explore those changes over the coming years. My blog is for my thoughts about photography and for my images. I now shoot a mixture of black and white and colour but used to be known for my black and white images. One life'capture' it. View all posts by matt6t6